The positive changes that have occurred for people with HAE in El Salvador is that now patients have a medical diagnosis about the disease and in case of an attack they have a document with their diagnosis that supports them in order to receive proper medical attention. Before this, as there wasn’t knowledge of what the disease or illness was that the patients had, the medical attention the patients received was unrelaible. Now patients know more about HAE and that they are not the only ones with this condition in the country.

The greatest achievement so far has been that HAE patients now finally have an accurate medical diagnosis of what they suffer from. Previously some had a misdiagnosis or did not know what was causing their episodes of edema. Now they know what HAE is and that there are more patients like them around the world.

The resource that I have used in my country is to be able to obtain meetings with specialists in Allergy and Immunology in order to detect more patients with HAE in the country and to talk about the future of patients with HAE.

The HAEi website has been used to learn more about the causes of HAE attacks and also what to do in the event of an attack. Also, through the website we have been able to read about cases of people who suffer from the same thing around the world and what it is like for them to have HAE,. This has been very useful because there are so few patients with a diagnosis of HAE in El Salvador. Thanks to the website we have managed to learn more information that has been very helpful.

Also through the zoom platform we have been able to communicate with other HAE patients in Latin America and learn about the progress they .

By 2030, it is expected to have more patients diagnosed with HAE and thus be able to create a formal association of HAE patients in El Salvador. We also want to have access to better treatments and raise awareness that HAE exists in the country and of the impact that misdiagnosis or ignorance of the disease has on patients. By having more patients with a registered diagnosis, we expect to be able to hold meetings with doctors and patients at the national level, so that they can obtain information about the progress obtained in the country and globally. 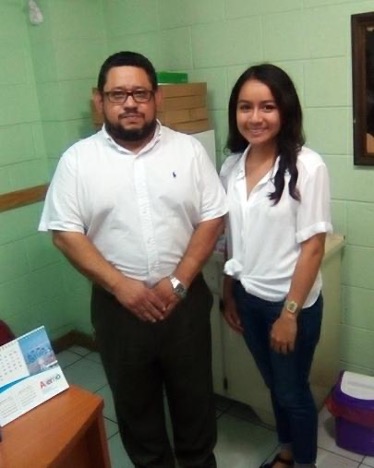